Müßest im Naturbetrachten,  You must, in studying Nature,
Immer eins wie alles achten:  always consider both each single thing and the whole:
Nichts ist drinnen, nichts ist draußen;  Nothing is inside and nothing is outside,
Denn was innen, das ist außen.  for what is within is without.
So ergreifet ohne Säumnis  Make haste, then, to grasp
Heilig öffentlich Geheimnis.  this holy, open mystery.

The contemplation of nature involves all our senses.
The privilege of working immersed in nature every day, of seeing, hearing, smelling, and touching allows us to sense its global dimension.
We feel part of it, which is why we are convinced that our actions, whether harmonious or disruptive, have a direct impact on our well-being.
Being sensitive in everything we do, keeping all our senses constantly alert is the path we have chosen to follow in order to continuously improve our wines, and also ourselves.

The quest for Quality

For a long time we have been reflecting upon the meaning of the term Quality.
The answer we give ourselves today is made of care and study, of awareness that translates into action, in a process of continuous evolution.

The system of wine Denominations of Origin, which has played a significant role in the definition of acceptable levels of quality and recognition for many years, has been showing concerning weaknesses for some time now.

The globalisation processes are causing considerable changes in people’s lifestyles and tastes, also in terms of their relationship with wine.

Today, due to mass consumption, the values of identity and recognition are no longer the focus of attention. They have been replaced by a broader usability that can meet the needs of large masses of consumers and that is, instead, based on trends that are cyclically created and contradicted by communication “gurus”.

In viticulture, time goes by slowly and no one can change it to adapt it to supposed client preferences. Trends come and go, so that the choice of implanting vineyards that follow them will always be inadequate to the rapidity of such changes.

These insurmountable contradictions are the demonstration of how absurd the use of market laws as the sole orientation in viticulture and oenology really is.

A “quality” viticulture that is free of market influences, however, needs strong references that can make it capable of obtaining recognition and affirmation.

The system of denominations does not guarantee all of this because it is unable to define reliable criteria for recognition and quality.
“Zonation” is the attempt to define the criteria and values that the current concept of “denomination” does not express. Such criteria and values are linked to the diversities and peculiarities of geology, soil, climate, and of the environment in general, including flora and fauna.

The study and in-depth investigation of such diversities would provide the “true” viticulturist with a great opportunity to clearly outline the character and style of the product resulting from their work.

The “terroir” wine conveys the feeling of personal “identity”: it frees human beings from the unease of their “self-inflicted minority”, born from the vision of a flattened and undifferentiated reality.

A reference to what Kant wrote seems all but inappropriate: “The universal construct, thanks to its immense grandiosity, infinite diversity and beauty, leads to a silent wonder”.

We want the educated wine lover, with their attention and sensibility to such a great complexity, to be able to approach the noble feeling of wonder Kant refers to.
We, who make our wine, are more than simple producers and bottle sellers. We are (and want to be) those who contribute to the creation, cultivation and survival of this cultural landscape. 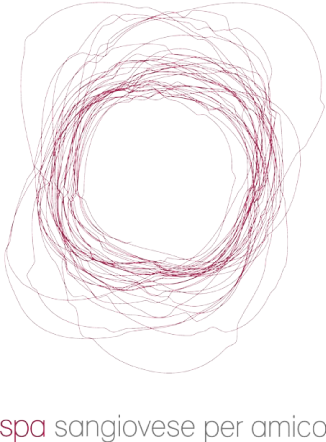